Dingboche offers the last warm shower before the great adventure to Island Peak begins. Tibetan merchants often come to showcase their wares here and the trail begins on a slight incline. A single, relatively small glacial stream lies nestled in the valley despite the large drainage basin. The vegetation cover consists of low bushes: juniper, a species of barberry and sea-buckthorn shrubs bearing juicy little orange fruits. Their juice is extremely rich in vitamins but also fairly expensive, providing a solid source of income for the local community. The landscape is wild and mellifluous at once. Lhotse and Ama Dablam tower to your left and right, while up ahead, like a glaciated mountain ridge between two white giants, soars the 6,178-meter-high Island Peak. Once in Chuhkung, it’s time to take it easy. The lodge terraces have a late-afternoon vibe reminiscent of those in many Alpine huts. 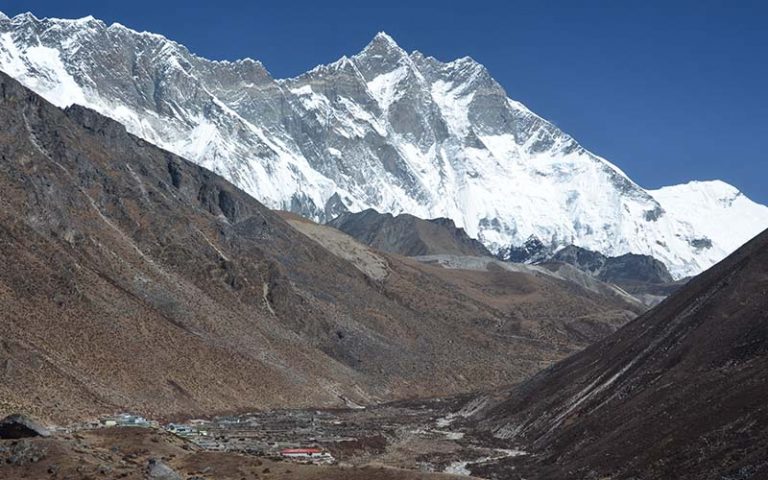 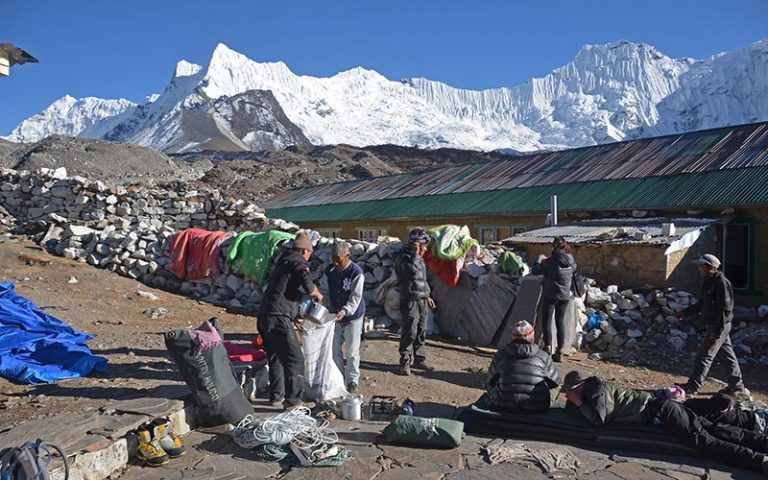 The final stretch to Base Camp begins on a slight incline, up on top of the moraine. Then the path leads on into a further valley where yaks graze and a gentle montane river flows. The final stretch runs along the terminal moraine that bolsters Lake Imja. One can only start to guess at the full lake that lies beyond. Here, the stones, sand and what little grass exists, shimmer as if coated in silver. A few tents stand pitched at Base Camp and three simple toilets serve to keep the camp clean. A short hike up the camp’s neighbouring moraine reveals a view over the colossal glacial lake.

Island Peak (Imja Tse) lies between the imposing Lhotse south face and Ama Dablam. The mountain’s name was given by Eric Shipton and refers to its isolated position, encircled by a sea of ice below. In 1983, Island Peak was officially renamed “Imja Tse” (Nepali for Island Peak), but many continue to use its English name. Imja Tse was first ascended in 1956 by a team of Swiss mountaineers training for Mount Everest and Lhotse.

The ascent to Island Peak is considered to be fairly manageable in relation to other peaks. Above its base camp at 5,100 m, the trail continues smoothly up to the glacier. An ice wall with a 60 degree incline comes next, to be traversed with the help of fixed cables. This is followed by the mountain’s ridge that leads you to the summit. 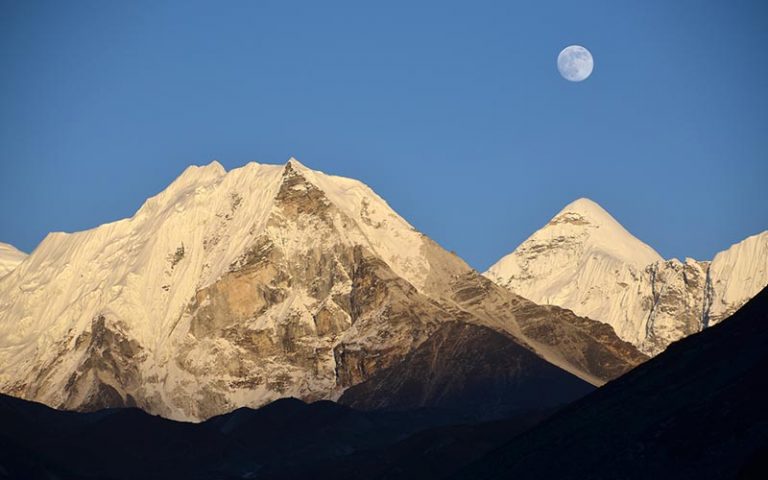 From Gokyo to Lobuche

24. March 2021
We use cookies on our website to give you the most relevant experience by remembering your preferences and repeat visits. By clicking “Accept”, you consent to the use of ALL the cookies.
Cookie settingsACCEPT
Manage consent

This website uses cookies to improve your experience while you navigate through the website. Out of these, the cookies that are categorized as necessary are stored on your browser as they are essential for the working of basic functionalities of the website. We also use third-party cookies that help us analyze and understand how you use this website. These cookies will be stored in your browser only with your consent. You also have the option to opt-out of these cookies. But opting out of some of these cookies may affect your browsing experience.
Necessary Always Enabled

Performance cookies are used to understand and analyze the key performance indexes of the website which helps in delivering a better user experience for the visitors.

Analytical cookies are used to understand how visitors interact with the website. These cookies help provide information on metrics the number of visitors, bounce rate, traffic source, etc.

Advertisement cookies are used to provide visitors with relevant ads and marketing campaigns. These cookies track visitors across websites and collect information to provide customized ads.

Other uncategorized cookies are those that are being analyzed and have not been classified into a category as yet.